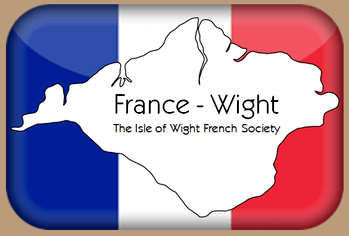 "For the enjoyment, practice, and appreciation of the French language"

Holding regular talks and events throughout the year, the Isle of Wight French Society meets monthly in Newport, and is open to anyone who knows enough of the language to follow talks in French

The Isle of Wight French Society, was formed in 1973 for the enjoyment, practice, and appreciation of the French language. It meets monthly at Holyrood Hall, High Street, Newport, ( opposite the Castle Inn ), or as shown in the programme.

Membership is open to anyone who knows enough of the language to follow talks in French. Meetings, other than business meetings, will be conducted in French. Nobody should feel discouraged from attending because he or she feels unable or unwilling to speak French. Those whose native language is French are particularly welcome.

The subscription to France-Wight is £40 per annum for individual membership, £47 for families, and £8 for full time students. School membership for sixth form students and their teachers is offered at £20 per annum.

Members may invite a guest on payment of £5 per meeting for a maximum of two meetings. Organised student parties, outside of holders of school membership above, will be welcome at special rate

Light refreshments are served at all meetings, which commence at 1.30 pm with optional French conversation, followed by the lecture, also in French, which starts at 2 pm.

The Isle of Wight French Society

Unless otherwise noted, the meetings will be held at The Holyrood Hall, High Street, Newport, ( opposite the Castle Inn ), and commence at 1:30 pm with 30 minutes of optional French conversation, followed by a lecture in French, which commences at 2pm.